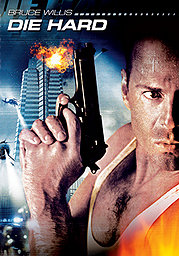 In this holiday edition of “The Weekly DISCussion,” The People’s Critic is recommending two films sure to enhance your season!

This week’s Must See DVD of the Week is:

It is true that this recommendation is partially because I am trying to not go with an obvious choice.  However, Die Hard is absolutely a movie that is fun to watch around the holidays.  When terrorists take a group of employees hostage during their holiday party, it is up to New York cop, John McClane (Bruce Willis) to save the day.  Die Hard is responsible for reinventing the action thriller.  With its careful balance of terror, violence, humor, and excitement, Die Hard excels above standard action fare even to the extent of creating an iconic villain in Alan Rickman’s Hans Gruber.  With another film in the successful franchise arriving in 2013, cuddle up with your special someone this season and check out where it all began with 1988’s Die Hard.

Netflix Must Stream of the Week: 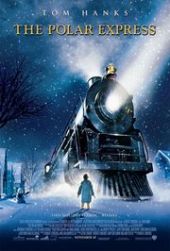 This year saw director Robert Zemeckis return to live action film making with Flight.  Zemeckis has spent the last eight years of his career filming three separate, innovative motion-capture animated films, the first being 2004’s The Polar Express.  The story surrounds Billy, who is finding it difficult to believe in Santa Claus.  Suddenly, he is whisked away on a magical train to the North Pole where his belief is restored.  While not a perfect movie, The Polar Express manages to capture most of the magic of the beloved children’s book.  The human characters appear somewhat lifeless, but the film does manage to rekindle some of that childish wonder that may have been lost over the years.

2 thoughts on “The Weekly DISCussion”