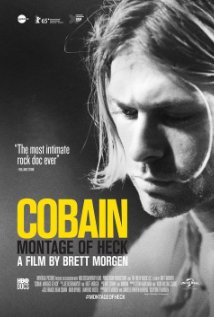 After watching Kurt Cobain: Montage of Heck, there’s a sense of disillusionment left behind. Speculation on the tortured genius of Kurt Cobain has been a part of the zeitgeist since Cobain’s suicide in 1994. Films, books, and interviews have been levied by the dozen on this subject, and yet still there’s an ominous curiosity surrounding the legacy of Kurt Cobain.

Filmmaker Brett Morgan (The Kid Stays in the Picture) looks to end that curiosity once and for all with a tremendously in-depth documentary composed of Cobain’s own journal writings, home video recordings, and media appearances sewn together and punctuated with animated reenactments of stories narrated by Cobain himself that were found on cassette tapes discovered by Morgan. As documentaries go, this is one of the most stylish and innovative examples the genre has ever seen. Morgan expertly designs his Rock Doc to be drenched in the art and music of its subject in some penetrating ways. And yet Morgan’s biggest success is also, perhaps the film’s greatest adversary: assuring the audience gets an authentic depiction of Cobain.

The film opens in traditional documentary fashion, shedding a light on Cobain’s upbringing, interviewing his family members, and showcasing through some wonderful home videos that Cobain was the typical suburban kid. However, the evolution of the Cobain we have come to revere is depicted to be a result of divorce, neglect, drugs, and irresponsibility. The boy we meet in the film’s opening scenes would go on to write “I Hate Myself and Want to Die,” but would likely not hate himself and want to die. Thus, as  Morgan does what good filmmakers do and lifts the veil on his subject, I admit I became more and more turned off.

That being said, the film is quite excellent regardless of what one thinks about its subject. While Morgan occasionally may go for style over substance, documentary films often thrive on revealing truth and allowing an audience to absorb and decide for themselves; Montage of Heck ultimately delivers in that area.   Furthermore, Nirvana fans will revel in some of the exceptional footage assembled here, but the film’s honesty is unnerving at times. Watching a heroin-soaked Cobain try to interact with his baby daughter disgusts me to a previously unknown level of disgust.

Overall, what Kurt Cobain: Montage of Heck does well is cast an intimate depiction rarely seen on film. The method is remarkably effective, but if you are a fan of Cobain’s, be prepared for some of the mystique to ware off. B

Kurt Cobain: Montage of Heck is not rated, but received a TV-MA for its television broadcast. It has a running time of 2 hours and 15 minutes.