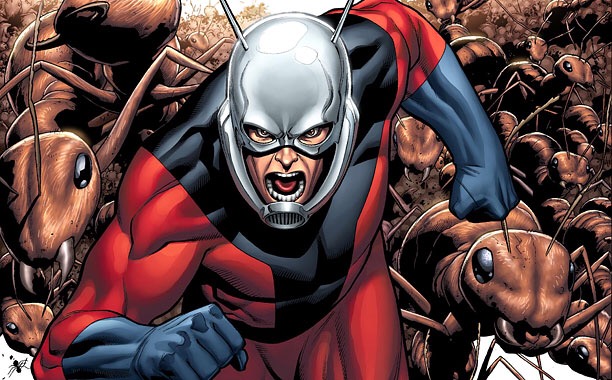 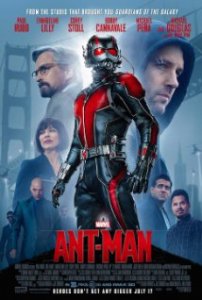 Na-na na-na na-na na-na… ANT-MAN?  You read that right.  Stan Lee’s 1962 comic book character, Ant-Man gets the Marvel cinematic treatment with Paul Rudd as the microscopic maverick.  This film concludes Marvel’s “Phase Two” that started with Iron Man 3 back in 2013.  Rumblings of an Ant-Man movie date back at least fifteen years when radio personality Howard Stern claimed that he tried to buy the rights to the character.  By 2003, British director Edgar Wright pitched an Ant-Man film to Marvel that was in perpetual development for eleven years before “creative differences” between Wright and Marvel’s parent company Disney eventually resulted in Wright’s departure.  Director Payton Reed would step in to finish the project, and while production was troubled and buzz was non-existent, Ant-Man, like its namesake, is stronger than it looks.

As I mentioned, Paul Rudd plays Ant-Man and his alter ego, Scott Lang.  Rudd also serves as a co-screenwriter on the film, making him the first star of a Marvel film to serve as both lead actor and screenwriter.  The film opens in 1989 where a furious Dr. Hank Pym (Michael Douglas) argues in front of S.H.I.E.L.D. (including Agent Peggy Carter, played by Hayley Atwell) that his breakthrough on reducing the distance between atoms, nicknamed the Pym Particle, is too dangerous to hand over to them.  Fast forward 26 years and Pym has been effectively voted out of control of his own company by his own apprentice, Darren Cross (Corey Stoll).  Cross has been working on recreating the Pym Particle and appears to be on the cusp of doing so, the consequences of which worry Pym.

Cross is a bad dude, and if you weren’t sure…there’s a scene where he evaporates a cute, little lamb in his testing trials to shrink organic matter. But this film is not called Lamb Man, so I’ll move on.

It turns out Lang, an electrical engineer, caught the attention of Pym when he was arrested for “burgling” his employer, a cyber-security conglomerate, because they were overcharging their customers.  After serving three years in San Quentin, Lang was released and Pym, in a rather unorthodox[*] fashion, recruits Lang to wear a secret particle suit that would allow him to shrink to the size of an ant in a plot to overthrow Cross.

Lang’s place in the conflict between Pym and Cross does seem artificial at first.  Enter Cassie (Abby Ryder Fortson), Lang’s six-year-old daughter.  Lang’s main motivation is to be a man Cassie can be proud of, and Pym is offering him a chance to do just that.  It also doesn’t hurt that Pym’s beautiful daughter Hope (Evangeline Lilly) is assigned to work closely with Lang in his training.

And there is a lot of training.  Not only does the Ant-Man suit allow Lang to shrink in size, but he retains human strength in his miniature form.  Pym also provides Lang with a neurotransmitter that allows him to communicate with actual ants making him the weirdest movie superhero to date, in my opinion.

However, weirdness works in the case of Ant-Man, mostly because of Paul Rudd.  Rudd has been slowly “breaking out” over the past 20 years.  His everyman approach and his bravado sense of humor make him impossible not to root for, which is precisely why he is effective as a superhero.  Like all of the best Marvel films, this one is not just a superhero film, but it is a genre film as well.  Ant-Man plays out like a “caper,” complete with safe cracking, data stealing, and elaborate breaking and entering schemes.  There’s even a sort of Ocean’s 11 vibe when Lang recruits has band of misfits including Michael Peña, David Dastmalchian, and T.I. to help with a big heist.

On a surprising note, I was underwhelmed by how mediocre the effects seemed in this film.  I saw Ant-Man in the traditional 2-D format, and some of the scenes where a shrunken Ant-Man navigates his miniature world echoed far too closely to Honey I Shrunk the Kids than should be the case in this post-Avatar day of computer effects.  Most of these effects were clearly staged and shot for 3-D, but they do seem clunky in the 2-D form.  Fortunately for Ant-Man, the script is fun with plenty of action and enjoyable dialogue.  The film is also woven nicely into the Marvel Cinematic Universe thanks to a fun scene between Ant-Man and a special Avenger cameo (On your left!). The crown for the goofiest Marvel movie that once sat on the head of Thor: The Dark World only to be claimed by Guardians of the Galaxy now firmly sits atop Ant-Man, but that continues to not be a bad thing!  B+

Ant-Man is rated PG-13 and has a running time of 1 hour and 57 minutes.  Unlike Avengers: Age of Ultron, this film does have additional scenes after the film.  There is one about a minute into the credits and another after the credits.

[*] I sat and pondered how to write a plot summary for this film for over twenty minutes.  I considered adding the detail about how Lang can’t find a job because of his criminal record, so he and his friend Luis (Michael Peña) plan another robbery, which turns out to be Pym’s house, which is how Lang first comes in contact with the Ant Man suit, which wouldn’t be that strange except that Pym had orchestrated the robbery anyway from the start!  But I decided to just call Pym and Lang’s meeting “unorthodox.” 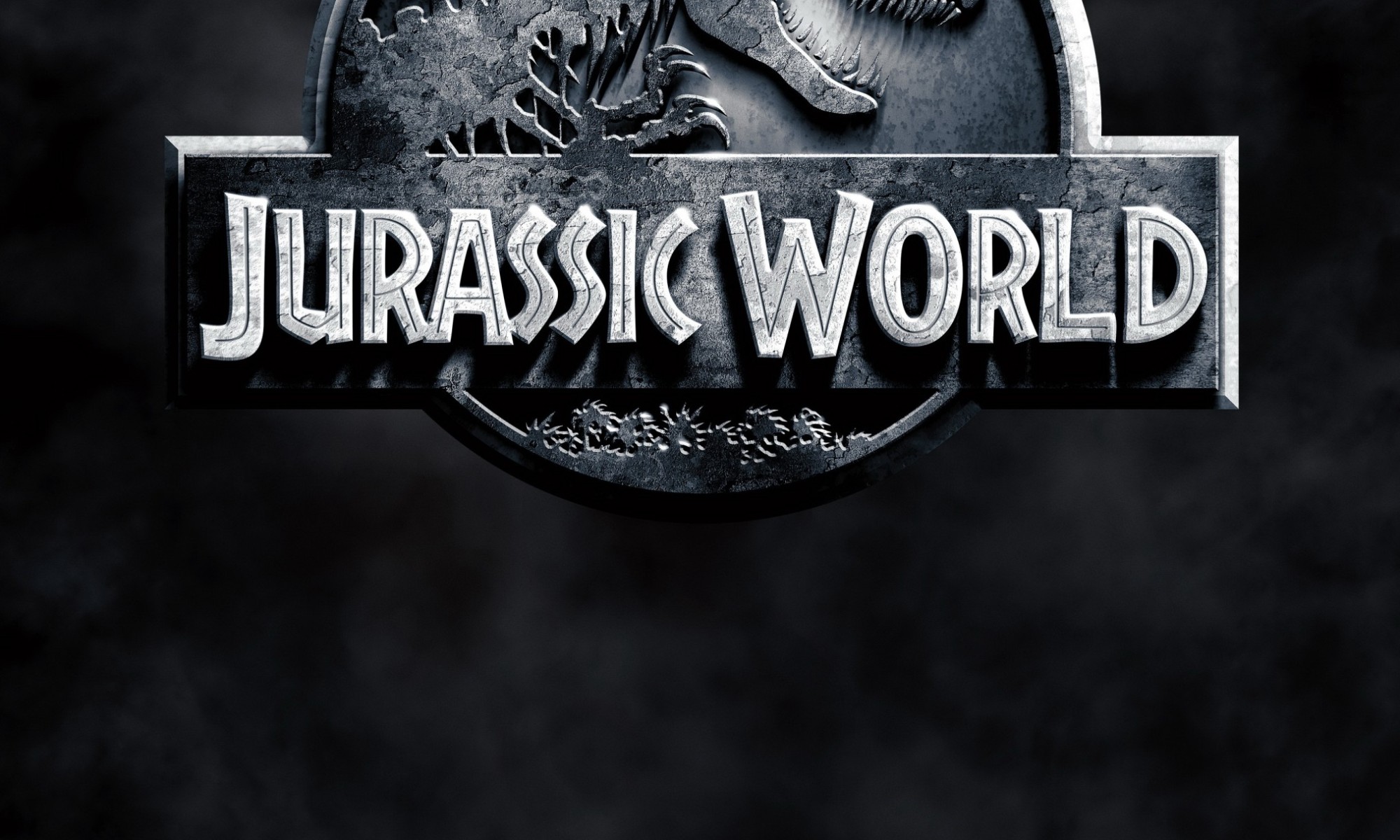 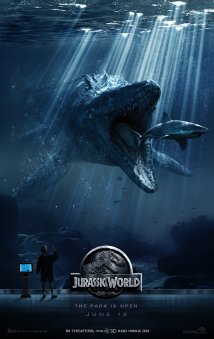 That’s right, twenty-two years after the “chaotic” events of Jurassic Park, an actual park called Jurassic World has opened on the same Costa Rican island. The trouble is, people have already grown bored just seeing a dinosaur nowadays. Or at least that’s what director of operations, Claire Dearing (Bryce Dallas Howard), says as she tries to entice investors to sponsor a new attraction. The new attraction? A new hybrid dinosaur nicknamed the Indominous Rex, genetically engineered by Jurassic World scientists. Simon Masrani (Irrfan Kahn) was entrusted with Jurassic Park’s legacy by former owner John Hammond with the stipulation that the focus remains shock, awe, and amusement, “spare no expense.”

Accordingly, Claire has been killing it for Masrani. Park attendance spikes every time a new attraction is unveiled, and Inominous promises to be the most impressive attraction yet. When questions about proper containment of the Indominous Rex arise, Masrani asks Claire to bring in former Navy recruit and current Velociraptor behavioral researcher, Owen Grady (Chris Pratt). Claire’s history with Owen is a bit rocky due to a rough first date a while back, but Owen’s success training Velociraptors makes him vital to identifying any faults that may weaken the containment of the new dinosaur.

Since discussing the rest of the movie hinges on this point, I don’t think I’m spoiling anything when I say that, yes, Indominous Rex escapes. And what makes matters worse, Claire’s young nephews Zach (Nick Robinson) and Gray (Ty Simpkins) happen to be visiting the park when all hell breaks loose. Soon enough they, along with thousands of other visitors, are stranded in the park as Indominous Rex wreaks havoc. What follows is a terrifically entertaining prehistoric version of Predator.

I loved almost every minute of Jurassic World. Of the three sequel films, this one comes closest to capturing the majesty of the original. In an early scene, composer Michael Giacchino masterfully echoes John William’s iconic Jurassic Park theme to tremendous effect as Jurassic World is revealed for the first time. This film (wisely) distances itself from the Jurassic Park sequels and effectively reinvents itself, but not without a few welcomed references to the original film.

Jurassic World, at its core, is a standard creature feature, but it is extremely well executed. The effects famously pioneered by Steven Spielberg for the 1993 film have evolved to something even more outstanding this time around. Furthermore, a sense of fun noticeably missing from Jurassic Park: The Lost World and to a lesser extent Jurassic Park III, is back with Jurassic World.  I grew up loving the novels of Michael Crichton, and Jurassic Park was the novel of his that sparked my obsession with his books.  Crichton would only live to write one follow up novel to Jurassic Park, and that was The Lost World, which was a great book but cinematically butchered by Steven Spielberg.  Thankfully, writer Rick Jaffa and director Colin Trevorrow seem to have the same esteem for Crichton as I did and have made a film more in the spirit of his writing.

I mentioned that I loved almost every minute of Jurassic World. As with too many summer blockbusters, some of the dialogue is cringe-worthy, despite good acting overall from the cast. Also, Jurassic World crams in so much product placement, you will feel like you are at an actual theme park. When Owen sips from his cold, glass bottle of Coca-Cola, I half expected the screen to freeze and a jingle to play. There is also a weaponizing subplot involving Vincent D’Onfrio’s character that I feel falls short. I’d normally take this with a grain of salt, but I worry that this subplot is what will likely pave the way to any future films in the franchise. Nonetheless, Jurassic World works in its own right. It’s a technically strong film, and one with a climax that can truly be described as “dino-might.” B+

Jurassic World is rated PG-13 and has a running time of 2 hours and five minutes.