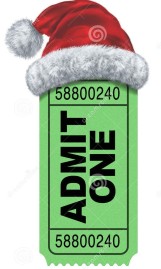 The holiday season is finally upon us.  With Thanksgiving in the rear-view mirror, I’ve been asked to re-post the list of the top holiday films.  This year, the list is getting a bit of an overhaul.  Some great holiday films have come to my attention over the past year, so this year is not only new and improved, but expanded to included 12 must-see holiday themed films!

At this festive time of year, people need guidance on how to make the most of the precious hours they will spend watching holiday movies.  Unlike Halloween movies, holiday movies suddenly feel weird once January rears its ugly head.  Thus, here is your guide to assure that you make wise choices for your holiday entertainment.  I have pain-stakingly devised a secret list of criteria designed to assure a reliable systematic ranking.  (And yes, I am aware that I neglected to include A Christmas Story, The Polar Express, and a host of classics and musicals – if you don’t like it, make your own list.  Merry Christmas!  Where’s the Tylenol?)

12. Arthur Christmas – It’s taken three years of this film worming its way into my heart, but now in my 35th year of life and at the end of my first full year as a father, Arthur Christmas cracks the top 12.  This film is representative of two things: 1. It successfully knocks last year’s controversial #10, Edward Scissorhands off the list, and  2. It is a sign of slightly brighter and more festive list than last year’s, which included numerous films abundant with dark humor and cynicism.   Feel free to visit that list now, if a merry list of cinematic cheer is not what you’re up for this year.  Arthur Christmas is a brilliantly fun and cleverly told story about Santa’s son, Arthur (voiced by James McAvoy) who must deliver a lost toy before Christmas morning.  The film also expertly provides the answer to the question, “How does Santa deliver presents all over the world in one night?” Beware though, this film often relies on British humor; if the joke, “What do you get if you eat Christmas decorations?… Tinselitis!” does nothing for you, move on to #11.

11.  The Ref – Dropping from number 9 to number 11 this year year is Denis Leary in The Ref. Here Leary strives for the main stream in director Ted Demme’s hilarious film about a cat burglar who takes the wrong couple hostage as he attempts to evade the police on Christmas Eve.  Leary finds himself the victim as his husband/wife hostages continuously drive him nuts with their bickering and fighting.  Kevin Spacey and Judy Davis are delightfully venomous as the couple and Leary is in fine form as the tortured criminal! The Ref is a rare callback to last year’s list of darker humor, but worthy of its place.

10.  Planes, Trains, and Automobiles –  It’s John Hughes with the film that made Uncle Buck possible, which in turn made Home Alone possible.  Although I’m sure the pitch meeting went something like this: “So John Candy and Steve Martin – SOLD!” the movie gives the two comedy icons plenty of material as they must reluctantly travel together to get home for Thanksgiving.  This film fell from number 5 to number 10 this year, but I don’t care who you are – if you don’t tear up the first time you see the final scene, you’re not human!

9.  Gremlins – one of the few remaining “dark” Christmas movies takes a dive from number 7 to number 9. “No bright light, don’t’ get him wet, and whatever you do – don’t ever feed him after midnight.”  These are the three rules that are sure to be broken when Randall Peltzer brings his son Billy home a strange new pet for Christmas!  In no time Gremlins are unleashed on Kingston Falls.  This film dances the line between horror and comedy with great results.  A classic!

8.  Iron Man 3 – Occasionally I hear people ask, why hasn’t Marvel made a Christmas movie yet?  Well, guess what?  They did, and it was Iron Man 3.  Sure it was released in the month of May, but this one truly has a May/December relationship.  The holidays play a pivotal role here, whether it’s a scene at a 1999 New Years Eve party or a scene where Tony Stark tests out his new Iron Man suit to a funky rendition of “Jingle Bells” – the holiday spirit is there.  Iron Man 3 is a very smartly made film, and while it still addresses comic book staple themes like good/evil, identity, revenge, and freedom, an emergent theme can also be extracted from it – learning from mistakes.  This installment is Downey Jr.’s best as he tactfully and authentically balances humor, intensity, and sentimentality without ever missing a beat.  I’m sure this choice will give all of you who complained about me putting Edward Scissorhands on this list last year something else to criticize, but put Iron Man 3 on while you’re wrapping presents and tell me you didn’t enjoy yourself!

7.  White Christmas – Another new film to the list, but certainly not a new film to the cinema.  I think I had seen every part of this film at some point or another, but never really sat and watched it until a year ago.  White Christmas is not a pageant musical where story is filler between musical acts.  I mean we’ve all heard Bing Crosby’s “White Christmas,” so it’s natural to assume that’s the film’s big draw.  Actually, the film is full of life between musical numbers.  Set just after WWII, this film captures a wide range of humanity from tangled romantic twists to life-after-war motifs.  And then there’s Danny Kaye who is never disappointing.

6.  Trading Places – Based on a rather high-brow social experiment, Trading Places finds the lives of socialite Dan Aykroyd and street-bum Eddie Murphy suddenly switched as part of a wager between two rich CEOs.  The nature vs. nurture wager revolves around whether Aykroyd will resort to crime when he loses everything and whether Murphy will become a responsible executive when given opportunity.  As serious as this may sound, the movie is a triumph of the comedy legends and is moving up the charts rocketing from last year’s number 8 to this year’s number 6.

5.  Scrooged – Ok, last year I was told that for my “holiday movie list” Groundhog Day was not an appropriate title as the title “holiday movies” implies films that take place during or around November/December.  I will agree to disagree, but fortunately, there’s an easy alternative – Scrooged!  Bill Murray plays Frank Cross (“a thing they nail people to”), a TV executive who has let greed get the better of him.  This film is a showcase for Murray as it would likely  be terrible without him.  However, because of him, it’s so good that it’s my #5 holiday film!  And with the recent trend of NBC airing live musicals in December (The Sound of Music, Peter Pan and this year’s The Wiz), I have to wonder if NBC president Jeff Zucker keeps this film’s lesson in mind!  On a side note –  if you are looking for a Christmas-y Groundhog Day, it’s been brought to my attention that ABC Family created an absurd rip off called The 12 Dates of Christmas with Amy Smart and Zack Morris (Mark-Paul Gosselaar).

4.  Home Alone – Another cute, fun family-friendly entry is Home Alone, which moves up the list from number six last year to number 4.  We all have Macaulay Culkin’s shocked face frozen in our cerebral cortex from when he slapped on too much aftershave.  However, John Hughes’s Christmas blockbuster is both a holiday film as well as a solid entry in the Hughes tradition.  Even with an 8-year-old protagonist, Hughes doesn’t let up on the youthful angst, creating a coming of age story wrapped up with a nice bow (and a few black eyes for those wet bandits). The sequel is also great, but make sure to stop after 2!

3.  Elf – Perhaps the first of the modern classics, John Favreau directs Will Ferrell who plays Buddy the elf who was raised by Santa only to discover he is actually human.  Favreau brilliantly balances the tone between silly and genius creating a film that is as enjoyable for children as it is for adults.  Ferrell is joined by James Caan, Zooey Deschanel, and Bob Newhart who all contribute to this film’s success and perhaps to its moving from last year’s number 4 to number 3 this year.  Also, this film has become virtually unavoidable around this time of year, but it doesn’t mean it’s not good.

2.  It’s a Wonderful Life – Not just a great holiday movie, but one of the best films ever made.  Frank Capra’s crowning achievement finds Jimmy Stewart playing George Bailey who just can not get out of Bedford Falls.  In a film class I took, a professor made a very compelling case for how this film fits nicely in the horror genre in a twisted, Twilight Zone kind of way.  Nonetheless, the classic story about a man being shown what the world would be like if he never existed takes Dickens’s Christmas Carol to a new more relatable place where Scrooge is replaced by a nice guy who lets life get him down.

1.  National Lampoon’s Christmas Vacation – Still reigns supreme for two years running.  This film has it all: memorable characters, big laughs, emotional moments, and quotable lines.  Chevy Chase attempts to host a family Christmas that promises to blow up in his face, even literally!  There is no getting tired of the jewel in the Griswold franchise crown; you’ll be sure to have the “hap-hap, happiest Christmas since Bing Crosby tap-danced with Danny F@#kin’ Kaye! (See #7 for reference)”

Honorable mentions that didn’t quite make the list: A Christmas Carol, Love Actually, and Die Hard.

What do you think?  Did I get it right or did I miss your favorite holiday film?  Let me know!