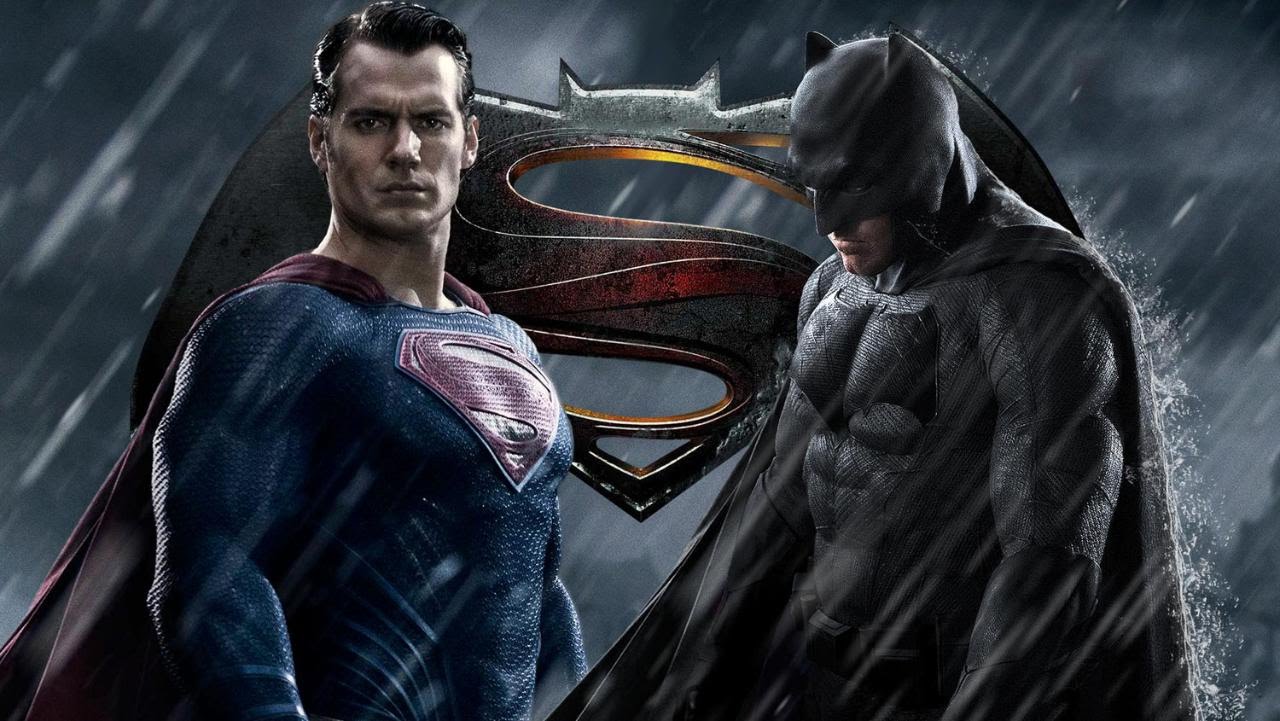 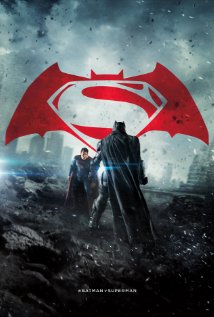 There is a lot of bad press out there on this film, and while some of it is valid, there is a real piling on happening that surprises me having now seen the film.  Batman v Superman: Dawn of Justice finally unites the Caped Crusader and the Man of Steel in visually spectacular fashion that while still on training wheels is in no way the disaster it’s being made out to be.

Picking up right on the heels of 2013’s Man of Steel, Batman v Superman opens with the greatest scene of either film!  The perspective of the destructive trail left by the battle of Superman (Henry Cavil) and General Zod (Michael Shannon) in Man of Steel is now shifted to the pedestrian view of Bruce Wayne (Ben Affleck) from the streets of Metropolis.  The carnage left behind is on full display as two aliens duke it out, and humans pay the price; thus setting the table for a fundamental conflict between the two heroes.  While this scene may be a reaction to some of the complaints on Man of Steel’s relentless final battle scene, it was a good choice.  Affleck literally hits the ground running in his first appearance as Batman, and he along with director Zack Snyder and writers Chris Terrio and David S. Goyer successfully qualm any residual worries of miscasting that circulated upon the revelation that Affleck would be next to don the cowl.  His dedication to the Dark Knight as well as his alter ego, Bruce Wayne puts him potentially as one of the best cinematic Batmen yet!

Unfortunately for Batman v Superman, the film does not build from here but rather desperately tries to keep its head above water.  As good as Affleck is in his role, Cavill is still pretty morose.  In fact, the entire film is.  Where Christopher Nolan’s Batman films were dark but edgy, Batman v Superman is mostly just dark.  The good news is we’re going someplace new this time.  Where Man of Steel basically retold the origin story that we’ve all known for 75 years, Batman v Superman does tread new territory for our heroes.  Snyder rightly glosses over Bruce Wayne’s dark past in the opening credits and gives us a distinguished, older, (wiser?) Batman who is trying to decide how he still fits into the world he’s now spent so many years trying to protect.  Not only do we not dwell on his past, we jump years into his future with just small glimpses at some of the events that have gotten him to where he is now, but not without his loyal butler, Alfred (played nicely by Jeremy Irons). Glimpses of things I can only imagine will play a role in future films.

The conflict over the destruction to Metropolis in the opening scene is not the only dividing line between Superman and Batman.  Alexander Luthor (Jesse Eisenberg), son of industrialist Lex Luthor has discovered the largest payload of the Kryptonian element ever found and has been given license to test it (on the remains of Zod) and perhaps weaponize it to protect against future alien invasions.  The problem is, Luthor is inexplicably off his rocker.  Unlike Gene Hackman’s portrayal of this character (or even Kevin Spacey’s from Superman Returns), Eisenberg has no business being powerful, no ingenuity, and no purpose other than to be evil.  This is fine, but then why not just make him the joker?  I heard that James Woods voices Lex Luthor in an animated series about Superman.  I kind of wish they tapped him for this version as well!

Eisenberg aside, this film clips along at a decent pace and offers plenty of excitement and showcases the title characters nicely.  The title “battle” may seem a bit overhyped, but at least it doesn’t last for the final third of the film! Gal Gadot’s appearance as Wonder Woman is also mostly successful.  Some confusion does set in regarding an influx of “dream sequences” that still has me scratching my head, but fanboys who are “in the know” claim there is some solid development in these scenes.  Unfortunately the casual viewer will be wondering what the hell just happened.

While an improvement on its predecessor, I can only marginally recommend this film higher than the last.  Perhaps Warner Brothers should take some very copious notes as Marvel’s version of this storyline, Captain America: Civil War, is released in May.  Details on this film are very hush, hush, but Marvel’s track record speaks for itself.  It may be unfair to compare the Marvel films to the DC ones in terms of tone or mood, but it is fair to compare them in agenda.  These are all “comic book” based films, and the best comic books do not set off to only entertain; they attempt to hold up a mirror to reality and use the extraordinary to make observations on the ordinary.  Marvel Studios has been very good at this, and DC has not managed to pull it off since The Dark Knight Rises in 2012.  In my 2013 Man of Steel review I said, “Man of Steel feels like a bloated set-up piece to what promises to be a far more superior sequel.”  When Man of Steel was released, Warner Brothers immediately green lit a sequel that was supposed to be released in 2015 to usher in the Justice League film for 2016.  Those plans were dashed, and that sequel became this film – yet another bloated set-up piece to what promises to be a far more superior sequel (and one that is developing far too similarly to The Avengers).  While the money is pouring in (which I expect is their reason for stretching this franchise out), Warner Brothers needs to stop holding its cards too close to the vest and start revving this thing up before we lose interest entirely. Still there is enough to whet our appetite one more time to see if these characters can get the treatment they ultimately deserve. B

Batman v Superman: Dawn of Justice is rated PG-13 and has a running time of 2 hours and 31 minutes. Kudos to director Zack Snyder’s shout-outs to principle filming location, Detroit Michigan!  Keep an eye out for many recognizable shots of the city (especially in that opening scene) as well as some familiar faces like Senator Debbie Stabenow and radio/TV personality Jay Towers.