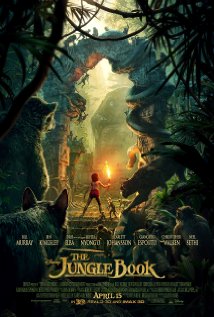 I mentioned in my review of 2015’s Cinderella that, “remakes, sequels, and formula retreads have littered Disney’s productions over the past few decades, but as they say, if it’s not broke, don’t fix it.”  That statement remains remarkably true with this year’s The Jungle Book.

Director Jon Favreau hops the fence from Disney’s Marvel studio productions to Disney’s, Disney studio productions; I imagine he’s eyeing one of those Star Wars spinoffs so he can pull off the Disney hat trick.   As usual, Favreau brings his time-tested bag of tricks along with him to make The Jungle Book far better than it might have been in someone else’s hands.  The Jungle Book retells the classic Rudyard Kipling story that also inspired the 1967 Disney animated classic as well as a Disney live-action film in 1994.  After the death of his father at the jaws of the fierce tiger, Shere Khan (Idris Elba), orphaned child Mowgli (Neel Sethi) is taken in by a pack of wolves and raised as one of their own.  As Mowgli ages, his human instincts and ingenuity begin to manifest, causing the fearsome Khan to threaten the pack with his terror if the “man-cub” is not surrendered.  For his own good, Mowgli’s wolf-mother Raksha (Lupita Nyong’o) entrusts panther, Bagheera (Ben Kingsley) to escort Mowgli through the dense jungle and deliver him to the man-village for his own safety.

Yes, this is a faithful retelling of a story that has been told many times over.  So why do it and why is it worth seeing?  As was the case with 2015’s Cinderella, when one decides to tell a familiar story like this, it is important to have a purpose. Fortunately, that is precisely why Favreau’s version is successful. From the very start, we are immersed in the jungle landscape with standard-setting visual effects that leave all Jungle Book predecessors in the dust.  Furthermore, that “Favreau bag of tricks” results in style, fun, and pointed humor that makes the film feel fresh and exciting.  Case in point, opening the film with a neurotic hedgehog frantically claiming any object he finds as “mine,” voiced by Garry Shandling in what is likely his final role (the film is also dedicated to Shandling in the end credits).  Additionally, the landscapes are breathtaking and the narrative is full of life despite its having only one human character!  Like his work on Elf, Favreau brings a fantasy world to life by relating it so well to our familiar world.  Mowgli’s metaphorical journey resonates with audiences of all ages because like all good films based on a classic piece of literature, there are layers of appreciation for the central themes including relationships, integrity, and persistence.  Of course, unlike Zootopia from earlier this year, these themes are more or less just “there” and not executed expertly enough to support the kind of conversation and discussion the story has in book form.

Then there are the performances.  I’ve purposefully left this discussion of specific characters for last, as I could never have anticipated how much I was going to enjoy them.  First of all, our sole human actor, Neel Sethi is outstanding as Mowgli.  This kid is athletic, heartwarming, and talented.  Not many kids can carry a $175 million budget film all on their own, let alone on their first try!  But let’s get down to it.  Those who know me, know that I have a few cinematic heroes that I don’t shut up about: Woody Allen, Christopher Walken, and Bill Murray.  I recently wrote a little retrospective on Walken called “Talkin’ Walken: A Top 10 List,” and of course my favorite movie of all time continues to be 1993’s Groundhog Day, starring Bill Murray, who I have often written about and whose name is

consequently also the name of my dog (see image on right).  Now both actors have done some stinkers and several of those stinkers involve either voice acting and/or animals, so imagine my trepidation when I heard that these two actors would be voicing roles of animals in a Disney live-action Jungle Book.  Still, like Mowgli I persevered keeping an open mind and hoping for the best.  The first of these two actors to appear is Murray as Baloo the bear.  Let me tell you, as a fan but also a critic, Murray is superb in this role.  Anyone who supported that conversation about how Scarlet Johansson (who also voices a role in this film) deserved an Oscar nomination for voicing an operating system in Her, should be right back at it supporting Bill Murray for this performance.  Yes, that sounds stupid, and that’s why that whole conversation was stupid in 2013, but he’s just as good.  Thankfully, Favreau and screenwriter Justin Marks had the wherewithal to have Murray sing “Bare Necessities” and forgo that whole “live-action remakes don’t include the songs” rule.  And speaking of singing, the classically trained singer, dancer, and actor Christopher Walken gets a crack at the film’s other most memorable number as King Louie with “I wan’na Be Like You.”  There is no appropriate maximum number of times you can hear Christopher Walken say “Shooby-Doo” or “Gigantopithecus.”

So it seems the Jungle Book renaissance is just getting underway.  A sequel to this film to be helmed once again by Favreau has already been green lit. Also, this summer a Jungle Book clone in the form of Tarzan (but not the Disney story) will also grace the big screen.  And even more confusingly, motion-capture magician Andy Serkis is directing and starring in his own darker, non-Disney version of The Jungle Book due out in 2018.  So don’t fill up on jungles and/or books just yet, but this one is an excellent first course.  B+ 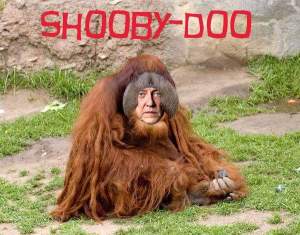 The Jungle Book is rated PG and has a running time of 1 hour and 45 minutes.  If you stay a few minutes into the end credits, you will be treated to a reprise of Walken’s “I Wan’na Be Like You,” which I of course completely recommend.