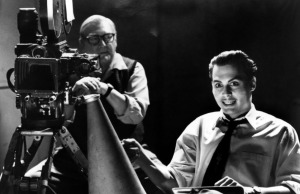 Ok, I’m back. I know you’ve all been wondering, where is The People’s Critic? How am I supposed to know how to feel about the latest movies 2 or 3 weeks after they are released?

We just moved into a new house, and for the first time ever The People’s Critic did not see a new movie during an entire calendar month! I know! It’s a travesty. I’m afraid the drought continues, but don’t fret as I have put together a list that will hopefully hold you over until I get a chance to review Guardians of the Galaxy Vol. 2, weeks after you’ve all seen it.

This one probably requires some explaining. So you know in Hamlet when Hamlet convinces the actors who visit the castle to put on a play for King Claudius, thereby enacting a play that is taking place within another play. Well for this list, I will be counting down the best movies that have other movies in them. Some of these are just movies about the movies, but others are movies wherein other movies are featured. As a rule, I avoided documentaries for this list, so not to complicate things too much, so you will not see Lost in La Mancha or Heart of Darkness on here, even though they are technically great movies about movies.

10. Cape Fear (1991) – You can argue with me all you want that this one doesn’t really fit the category, but think about the most memorable scene from this film. What is it? Exactly, it’s the one where Robert De Niro as Max Cady attends a screening of the film Problem Child, lights up that cigar, and laughs audaciously through the scene where John Ritter trashes Junior’s room while Nick Nolte, Jessica Lange, and Juliette Lewis get annoyed. Also, this film being a remake of a 1962 film sort of makes it a movie about a movie anyway!

9. Get Shorty– Get Shorty is one of my favorite movies from the mid-late 90s. The cast is excellent and the dialogue adapted from the Elmore Leonard novel of the same name is hysterical. John Travolta plays Chili Palmer, a mobster who gets wound up in the movie business whilst collecting on a debt. His exploits in trying to shake down movie director Harry Zimm, played by Gene Hackman, reveal that there’s not a big difference between the movie business and organized crime.

8. 8 ½ – Fellini’s classic is also an inspiration to so many film makers to come, and it appropriately falls around 8 ½ on my list. This film, autobiographical in nature, tells the story of a film director who has lost his inspiration while in the middle of making a movie. His quest for motivation leads him down the path of reflection. Equal parts narcissism and honesty, the trials and tribulations of film making are brilliantly explored.

7. Mulholland Drive – A spellbinding puzzle of a movie! This is one that requires multiple viewings, and each time it’s seen, the experience is richer. On the surface, Mulholland Drive appears to be a simple story about a Hollywood hopeful discovering the price of her dreams, but it quickly becomes much more than that. What’s real and what’s imagined is for you to decide.

6. Living in Oblivion – Now let’s move to something a bit more obscure. Living in Oblivion was one of those movies I discovered one day while working in a video store (remember those?), and I made it my duty to recommend it and force people to see it because I thought it was so funny, insightful, and clever. Obviously, I failed because no one knows this movie. Living in Oblivion stars Steve Buscemi in one of his last roles before blowing up in the Coen Brothers’ film Fargo. Buscemi plays Nick, a director of a low budget indie film, and the film portrays one day in the life of an indie film production. This film was also my introduction to Peter Dinklage, Catherine Keener, and Dermot Mulroney. I had already been acquainted with James Le Gros.

5. Boogie Nights – May not be about the kind of movies you were expecting, but Boogie Nights is no doubt a movie about movies. Boogie Nights put director Paul Thomas Anderson on the map, and it also legitimized the talents of Funky Bunch leader turned actor, Mark Wahlberg. Wahlberg plays Eddie later to be known as Dirk Diggler, a young go-getter who gets more than his go as he is lured into the adult film world. Who knew a film about the 1970s adult film world would be so intense?

4. Ed Wood – Landau as Lugosi. That’s all you need to know. Tim Burton’s biopic about the troubled movie director Ed Wood is nostalgic and campy, but it is also a love letter to the cinema. Watch that scene where Wood meets Orson Welles (played by Vincent D’Onofrio) at a restaurant looking for advice. Fantastic! We are also reminded of how great Johnny Depp was, on the eve of his latest release, Pirates of the Caribbean 5.

3. The Player – Robert Altman was a visionary film director responsible for some of the greatest most celebrated films of all time including M*A*S*H, Nashville, Short Cuts, and of course 1992’s The Player. Everything I know about pitching a movie, I learned from The Player: “It’s a psychic, political, thriller comedy with a heart.” Anyway, The Player opens with a self-aggrandized single tracking shot of Tim Robbins as Griffin Mill, a studio executive in charge of accepting and rejecting scripts. When death threats start coming in from a screenwriter Mill rejected, things get a little out of hand. Oddly enough, this film references Scorsese’s Cape Fear and has Vincent D’Onofrio in it, so this is a movie about movies that features other movies from my list of movies about movies.

2. The Purple Rose of Cairo – Allen has made quite a few movies about movies actually including Stardust Memories, Hollywood Ending, and Deconstructing Harry, among many others; however, this one easily tops the list, and nearly tops mine as well! In Depression Era New York, Mia Farrow plays a lonely, poor housewife, whose only respite from reality is the local movie house where she can see glamorous people living glamorous lifestyles. After attending one such film countless times, the film’s protagonist played by Jeff Daniels notices her and literally steps off the screen into the real world! What follows is a comedic masterpiece. This is one of Woody Allen’s best films.

1. Singin’ in the Rain – Likely you are unsurprised by this film’s anointment as the number one movie about movies, but that’s because it’s that good. Singin’ in the Rain stars Debbie Reynolds, Gene Kelly, and Donald O’Connor as actors who need to change with the times and move from silent films to talking pictures. There is no way to calculate the number of films inspired by this movie, but that number certainly includes every one of the previous films on this list! The music’s great. The comedy’s great. The conflict and concept is great. Watching this film truly gives you a “glorious feeling.”