So I was about to write a review of the Justice League because I saw it, and it was the only movie I’d seen recently. I was not too excited about reviewing it because the movie didn’t really give me much of an angle to take. It’s just an okay superhero movie that does what they all do. I was going to do it anyway because dammit, I’m a professional, and I have a quota to keep (as miniscule as it is)! And then the opportunity presented itself for me to take my 3-year-old daughter to see Coco. Now my daughter has only attended one movie and we made it about half way through before she decided she wanted to leave. This time, however, we stayed for the entire movie (including the 30 minute Frozen short film that preceded the feature), so thankfully I have a film that is much more fun to review than Justice League and here it is! 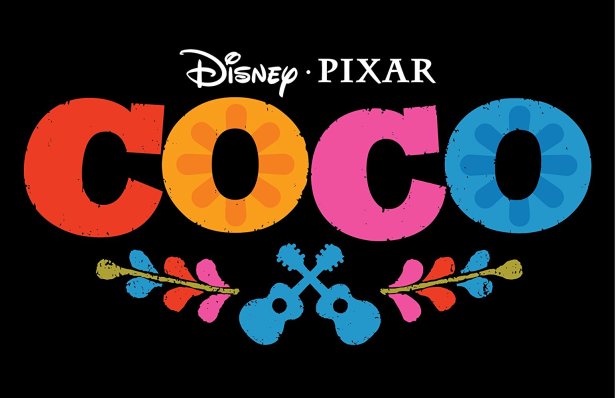 Coco is another triumph of Pixar studios animation. Every one of their movies has such a distinct and unique environment, which is one of the cornerstones to their ability to stay fresh, inspired, and lively after all of these years. What may surprise you, however is that Coco marks only the fourth time in 19 films where the story focuses primarily on human characters. Only The Incredibles, Brave, and Up have previously done so. That alone, puts Coco in rarified air.

Coco is the story of a young boy named Miguel (voiced by Anthony Gonzalez), who lives in a small Mexican village with his family. Miguel’s family is in the business of making shoes, but what is most pressing to Miguel is his family’s total and complete ban on all music. It turns out Miguel’s great-great grandfather walked out on his family to pursue a career in music and ever since, his family has forbidden all members from engaging in, listening to, or most of all producing any form of music. Miguel, however, has the itch and when he discovers that an old family photo with his great-great grandfather’s face ripped off also features the famous guitar of one of Mexico’s most iconic singers Ernesto de la Cruz (voiced by Benjamin Bratt), Miguel concludes that he is actually related to the most famous musician in the world! That’s enough to inspire Miguel to challenge his family’s ban on music and compete in the village talent show on the Day of the Dead. Unfortunately, Miguel’s family catches wind of his plan and his Abuelita, grandmother Elena (voiced by Renee Victor) destroys his guitar. Desperate, Miguel breaks into the shrine to the late Ernesto de la Cruz where his famous guitar is displayed and steals it resulting in Miguel being suddenly cursed and transported to the Land of the Dead. The curse makes it so Miguel is no longer visible to the living world. Only a street dog named Dante and the skeletal dead relatives of the living can see Miguel. It turns out to break the curse, Miguel has one day to receive a blessing from his deceased relatives or he will remain in the Land of the Dead forever. Unfortunately, Miguel’s family will not give him their blessing without the condition that he never play music again. This leads Miguel to enlist the help of a lost spirit named Hector (voiced by Gael Garcia Bernal), who claims to have access to Ernesto de la Cruz, a man whose fame in life is only matched by his fame in death. Miguel hopes that if Ernesto grants a blessing to him, he will be able to return home and be a musician.

If there’s one thing you can say about Pixar, it’s that they don’t take a siesta when it comes to story. Justice League is about one-tenth as imaginative as Coco! I mean, first consider the ambition to make story about family, Hispanic culture, tribute, life, death, and tradition. Then consider the added challenge to do all of that in a film aimed at a young audience. Remarkable stuff. The name of the film, “Coco” actually is in reference to Miguel’s great grandmother. She was just 2 or 3 when Miguel’s great-great grandfather left his family. Now Coco is Miguel’s oldest living relative and her memory is fading. This detail develops the film’s most stirring and poignant theme, remembrance. Coco’s fading memory in the Living World is juxtaposed with how the Hector character in the Land of the Dead is in danger of being forgotten forever because his only living relative, and once you are forgotten in the living world, you are gone forever. Pretty deep. Hector’s reason for helping Miguel is not out of the kindness of his heart, but in the hopes that Miguel would return to the Living World and place a picture of Hector on his ofrenda, a Spanish word meaning offering. An ofrenda is a collection of offerings placed on a ritual alter during the Day of the Dead as a gesture of remembrance and an invitation to the Land of the Living for the dead to refresh themselves at the alter. Since Hector is not on anyone’s ofrenda, he is not able to travel to the Land of the Living during the Day of the Dead, he is not able to refresh his spirit, and he is therefore in danger of being completely forgotten. This resonates deeply with the adult audience because of our awareness of our mortality, reputation, and choices. Having attended this film with my 3-year-old girl, I can also speak to this message’s impact on her. Did she ponder her place in the universe and the afterlife? No, of course not. But she did think about Grandma and Nana. She did talk about her brother. She did see characters crying because they were happy and understand the importance of that feeling. That’s a pretty damn decent return on investment for a $7 movie ticket!

So emotions aside, is this a perfect movie? Not exactly, but it does belong in the upper tier of the Pixar conversation. It’s slow build at the start is easily overlooked due to its heart, lack of melodrama, pleasing music, and also its visual beauty. Every great Pixar film has a distinct visual style, but I think that objectively, Coco is the most beautiful film they have delivered so far. The color palate, the vibrant environments, and the hypnotic combination of sight and sound deliver an amazing cinematic experience. A-

Coco is rated PG and has a running time of 1 hour and 42 minutes. Be warned though, there’s a short film that precedes the feature starring Olaf and the characters from Frozen, and it is about 30 minutes long! It is an amusing short film, but if you were looking to be in the theater for less than 2 ½ hours, you may want to consider arriving to the show late.